It’s Paphiopedilum season in Plantgasm Gardens right now. We’ve had three go into bloom in the last week. I think Paphiopedilum are the perfect orchids for houses because they’re happy in low light and cool temperatures. In nature, they grow on the forest floor. 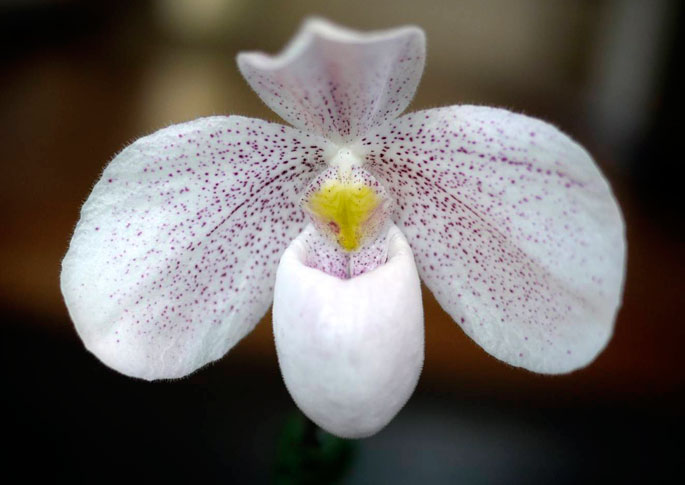 Paphiopedilum don’t bloom that often, but even when they’re out of bloom, the leaves are often really pretty. They also stay small, which is nice. 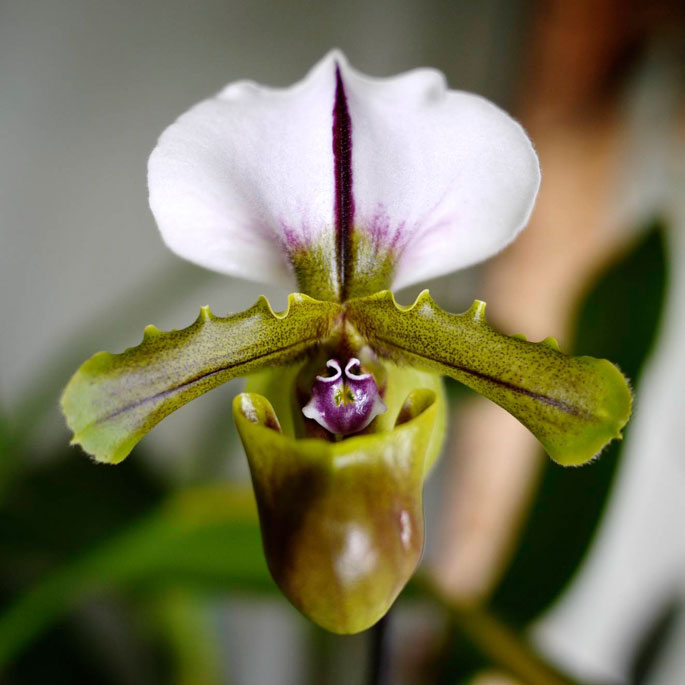 Paphiopedilum are often called “slipper orchids” because of the shape of the bloom. The lower portion of the flower resembles a slipper. Really it’s for giving insects a place to land when they come to pollinate. 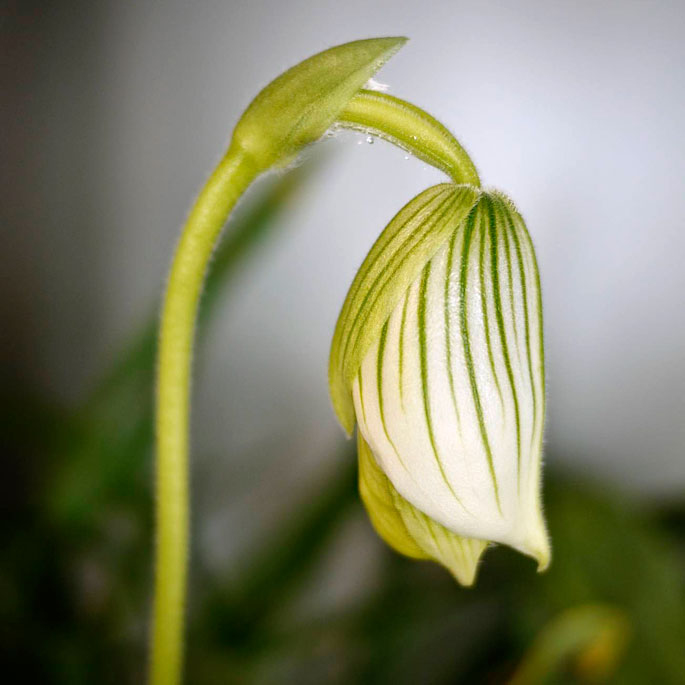 I especially like the way the flowers look before they bloom.

I love Paphs! My very first one was similar to the purple spotted white one in your first picture. I think they are right up there with Phalaenopsis as the easiest Orchids to grow indoors.

Beautiful plants, Derek! Well done. I love the color of spicerianum, which I think has a very apt name. It looks like it is covered in spices. I imagine it would taste like cinnamon.

You have some lovely Paphs there!
It’s nice to see some attention paid to the buds too! I posted a series of photos of a Paph opening a while back to show off the different “characters” they seem to take on……..

Call me stupid, but how can I keep up with your upadtes automatically?